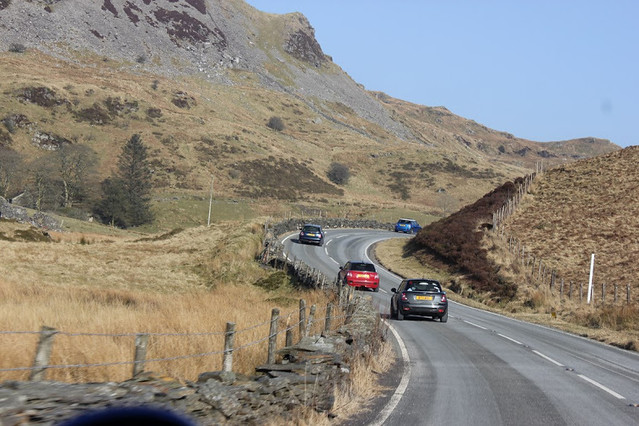 So I've decided to book a trip to Snowdonia for a long weekend & while i was there I thought it would be a good idea to get a MINI meet/run up & running for the highly rated EVO triangle.
Open to all MINI owners, weather your local or from far afield!
Fairly simple really meet up for a quick coffee/bite to eat & then go for a hoon.
Well do 1 anti clockwise loop of the route & then if anyone's up for it we can do it again clockwise 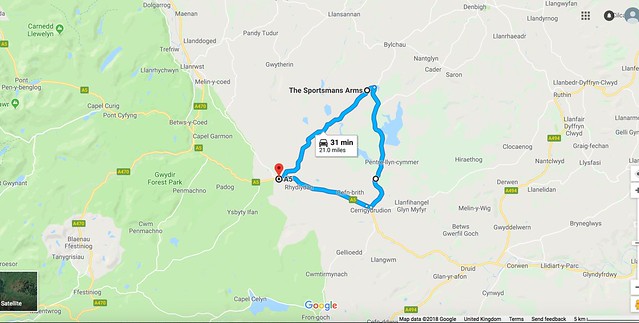 Joined Jan 21, 2015
·
4,322 Posts
Great idea, watch for motorcyclists, recent fatalities also mean police presence, especially the leg of Llyn Brenig, the A5 leg has always been policed by Pentrefoelas to Cerygidrudion, (spelling?) many cyclists are pretending they're in the Tour De France out here too, lycra everywhere it's just plain ugly haha, they ride they're in a peloton and have no regard for road sense or the highway code so make sure you can stop, coming round a bend, a blind bend most likely, with double whites and meeting a gaggle of lycra clad twits all over the road at 70mph is reasonably common.

Really, as a biker (power ranger type not lycra), I ride round here all the time, not necessarily the triangle as there are other roads I include that can take up about 230 miles on some days. I always do one leg after coming through Ruthin, and after a café stop on the A5 (great café), often both ways, the road back to Ruthin is as good or better when empty.

There are frequently groups of (Evo) drivers out for a 'hoon' that include people that just do not know the roads. Think of some of these roads as the Nurburgring if you like, they can be as technical or more so, but there are speed limits, residents, farmers, holiday makers, children, and many fast bikes, I'm not preaching, promise ;O)

Not wishing to say bikes have priority, but two things in particular, or three are:

A motorcyclist when in a bend cannot change a line like a car once committed, and whether the rider is committed or not is a decision for them not a car driver either attempting to pass or coming the other way and contemplating a racing line or an overtake!
A motorcyclist will get past you in a blink of an eye out here so please allow us room and let us go, it does work the other way, bikers will let groups of cars past etc. But please don't engage in any competitive driving with a bike, anywhere near here!
Lastly these roads are or can be very fast indeed but if you know them, now I'm not the worlds best driver or rider, but I will state while I have the opportunity here, that you are not just at risk of meeting a 'you' coming the other way, you are at risk of meeting a 'me' coming the other way.

Use your mirrors a lot, and look way down the road, and 'listen'.

Bikers have been taken off on Denbigh Moor several times now, and the road signage has been altered some, due to another recent fatality not far from the Sportsmans Arms which has been recently re-opened. Further down the moor towards the A5 in the braking zone for a potentially fast left, is a ruched hump of tar that can upset a vehicle, it has put me out of my seat a couple of times on a bike, so while it may not affect you it's there and worth a mention.

This leg is very worn too, but also the local authority tend to surface dress all the roads round here at random, you can go there one day and all ok, the next day your favourite sequence of bends has 15 tons of gravel all over it.

Really there are better roads, there is lots of traffic, or slow traffic at times on most of them, and this is where the red mist occurs and silly overtakes definitely happen. Evo magazine joined these three up and lots go there but I don't think the researchers went far to find other places. Make it a long weekend, get out early, but those making the most noise and not adhering to 30 are asking for problems. In the nationals do what you do.

Please take note, the fastest bikes are out early. I mean fast! Maybe less so in March but it's the start of the season and some are already out so please please take note. So many dead with cars on the wrong side of the road as well as those that get the turns wrong be it cars or bikes. It often involves groups such as this. The police will stop for anything that pings on ANPR and will challenge car condition etc. I think they look at groups driving close or in a fashion and take the opportunity to have a chat. They are very nice, really, I've had a few 'chats' haha. No, only conversation haha.

Something else to consider is the Police also use much of this area for fast driver training. If you're lucky the other things training are from RAF Valley, see sawing through the mountains at rocket pace, awesome, or the Red Arrows sometimes.

I can only ask you to think about this. Keep it a nice memory eh? If you're here over the weekend you could drive out to Anglesey just beyond the Snowdonia range and go to Ty Croes which I see has a car track day on the Saturday? Just an excuse to go there?

I may well come along, and I'll apologise well in advance if I drive anywhere like a complete twat, haha. Just in case ;O)