Joined Jun 19, 2008
·
7,939 Posts
I had taken to using a pump sprayer (garden not automotive) to assist in cooling between runs back in the day might help ad hoc recovery times
S

Joined Jul 11, 2016
·
207 Posts
3 Sisters 18 July.
After last weekend at Scammonden I decided to invest in some 1B tyres as I have a few more events booked and thought its the cheapest way to go a bit quicker. I managed to get an order in for some Extreme VR2 tyres in soft compound which everyone is using, these should have arrived for friday but DHL lost them in the network grrrrr
So ran on my PS4 on sunday. In my class was the Megane, Astra vxr, and a 400hp scooby so thought 2nd or 3rd should be achievable.
Practice went ok then on my 1st timed run I put in my PB of 52.08 nearly 2.5 secs quicker than anyone ! and for some reason I could not beat this all day and stayed around the mid 52's whilst everyone edged closer and on the final run the scooby went into the 51 secs and I finished 2nd leaving me to wonder how much quicker the VR2 tyres would have been as some sprinters have said 2 seconds improvements on them. Ah well theres always next time.
I am still struggling with 50 + AIT even after pooring water on the cooler and parking with the bonnet up for as long as possible, looks like something I will just have to live with.
I have bought a very good condition set of R112 wheels and my tyres turned up today so the will be on for my next event on 7th Aug at 3 sisters.
I also enquired at 1320 for a cam,injectors and map but they are booked up until October so thats well after the season finishes so no engine mods for this year.
I may try and fit a decent manifold and sports cat and either have the manifold wrapped or painted with a heat proof coating but unsure whether I really need the manifold changing as no plans on a ported head as they are far too expensive.
Cheers

I’d just drop a mild cam in it which doesn’t need injectors or mapping generally, try a PH1/2, help/keep the power in the low/mid out of the heat

Joined Jul 11, 2016
·
207 Posts
My new wheels have had the sticky tyres fitted in time for my next event at 3 Sisters which is on sat. Looks like a rather wet weekend so unlikely they will get used 🙄

Joined Jul 11, 2016
·
207 Posts
Yesterday was probably the wettest that I have raced in however it was a very enjoyable day despite the rain.
I quite like it when the track is wet as it levels off the really powerful cars and give me a chance to concentrate on being smooth and trying different lines etc which will hopefully make me quicker in the dry. I managed to finish 2nd against some very track focused cars which helped me massively as my Ohlins and PS4 tyres worked exceptionally well in the wet.Also 23rd out of 70 cars beating a Yaris Gr4 and only 0.7 away from another Gr4 which if you believe the hype are THE ultimate b road blaster !
I even picked up a trophy !

I've not filmed my runs for a while but they are good for looking at for errors etc and one thing I have to improve is hand position on the wheel, this is something I would have not noticed unless I saw it.
I also left my camera running after this run so ended up with a flat battery

KeithyCoop said:
Yaris GR4….probably a great car, but not as good as some say or the “investment” others suggest.
Click to expand...

You hadnt mentioned youve driven one. Thats awesome. Whats it like?

Joined Aug 5, 2017
·
2,748 Posts
Well that happened 10years earlier than expected.
Cheapest used Circuit Pack on Pistonheads £35,999.
Brand new fully loaded Circuit Packs were £33,520.
Imagine driving something for 2500 miles and it being worth £2.5k more. Who'd have predicted that🤣
Heavens knows what theyll be in 10-20years!
Also been named Clarksons car of the year. 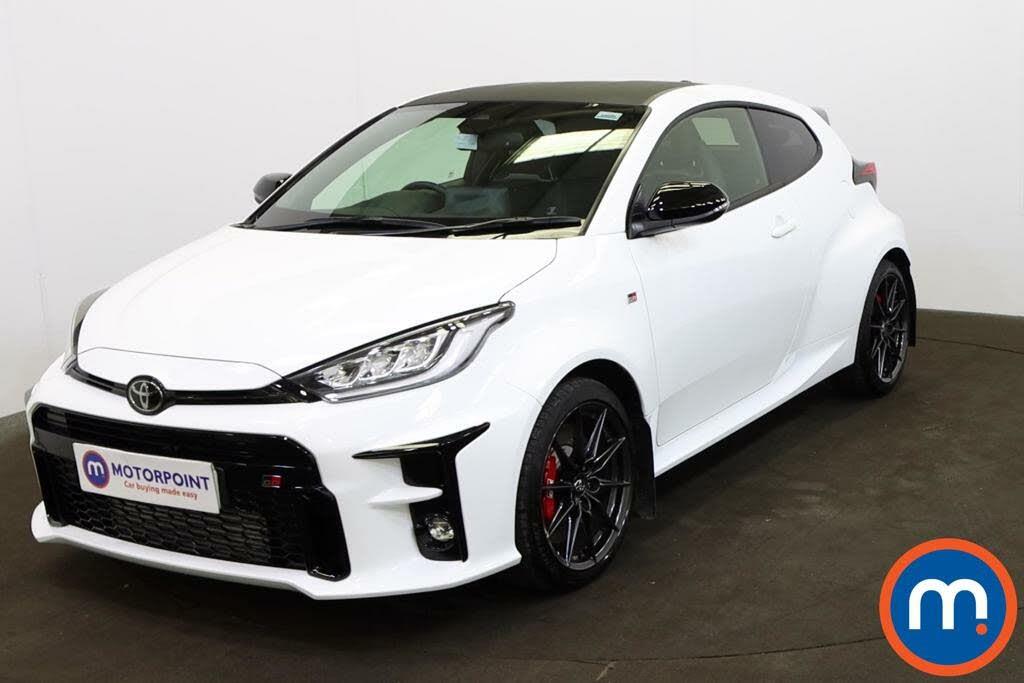 Check out this Toyota Yaris 1.6 3dr AWD [Circuit Pack] for sale on PistonHeads. Get in touch for more information or to take a test drive today!