Thought I would do a new build thread following on from this one: http://www.minitorque.com/forum/f272/weltzs-new-car-161146/

It is a late 2011 R58 JCW Coupé. Bought from North Oxford Mini for an absolute steal, considering these were around £24,000 brand new... I got it for a little over a third of that price. The plus of it coming from a main dealer is the one year warranty, which is great as the car has the troublesome N14 engine (which I am no stranger too) so they can cover the costs if anything goes wrong... for a year atleast.

It is Chilli red, which means that it has at least 60bhp more than any other colour, sorry guys.

I have a checklist of things that I have bought so far... sorry to disappoint no coilovers yet.

Euro Rear Reverse Light [X] - again another thing which bothers me with the LCI JCW's... on the Pre-LCI the rear light cluster houses two reverse lights, two indicators, two brake lights and two rear lights (as normal) leaving the two lights on the JCW bumper to be both fog lights... very neat... nice and symmetrical. That obviously annoyed some cunt designing the LCI model and decided to remove one of the fog lights and put a reverse light there... WHY?... anyway, I have bought a new light cover so they can both match. (BMW MINI Cooper S LCI Aero O/S Rear Fog / Reverse Light R56 R57 R58 R59)

JCW Projection puddle lights [X] - although I mocked LeccyBlue when I saw his at Ace Café meet once, I was secretly jealous, so I have gone and bought some too... only issue is that they are coming from China, and will be here in the year 2030... (2x LED Door Courtesy Shadow Lights JCW Logo for bmw mini R55 R56 R57 R58 R59 R60 | eBay)

Bright LED rear numberplate bulbs [X] - This is where I fucking struggle... The most simpliest of things to do... Firstly, I broke the fucking plastic len cover trying to get one of them off... so me being me, I decided just to fit the new bulb and glue it back on... the other didn't break thankfully... but now... Because I am a fucking idiot and used super cheap led lights... I have a warning light on the dashboard... and I cant change the bulb because I glued it in. FUCKING IDIOT! I have now bought a new boot handle and Canbus free LED's.

As I wanted to do this build properly, I have obviously not got off to a great start. I will post pics of the car, and pics of the above will follow later.

Coilovers will be added before MITP aswell as a sports cat/decat of some description and non-runflat tyres.

I am working so much overtime at the moment, I should be able to buy nice things for the car rather than going hobo...

I am on the lookout for a decent paint shop who can colour code my car as well as a decent window tinter too. Anyone know any that are near to Hertfordshire, let me know.

That's all for now.


Sent from my SM-G925F using Tapatalk

· Registered
Joined Oct 2, 2013
·
5,415 Posts
Red is most definitely one of the fastest colours :lol: bit of colour coding and it'll look really smart.

However, I'll just leave this here to spread the mats, bulbs and trim love :lol:

MinIan said:
Hmmmm, this appears to be the most Total Mini project thread ever ...........

However, I'll just leave this here to spread the mats, bulbs and trim love

Haha I have seen this too... but colour coded arches only work in black on black cars imho.
Thanks for all the love guys. I will try not to roll this one.
#TheySeeMeRolling...

Weltz said:
Haha I have seen this too... but colour coded arches only work in black on black cars imho.
Thanks for all the love guys. I will try not to roll this one.
#TheySeeMeRolling...

Sent from my SM-G925F using Tapatalk
Click to expand...

I see your thinking now... lower COG = less chance to flip it.

Few bits have been delivered, new floors mats (bit dirty at the moment) and puddlelights fitted so easy without any difficulties.

These were taken whilst it was still light out... i will take another when i leave for work to show how bright they are.

I also got a Y cable so i can play my ipod.

Leccy Blue 2 said:
If you fit coilovers you'll get a much better image with those puddle lights M8
Click to expand...

Sorry they dont do Cooper S ones

Sorry they dont do Cooper S ones

Sent from my SM-G925F using Tapatalk
Click to expand...

No coilovers yet. Sorry.

In the meantime I have been fixing problems on the car.
I have sourced a new boot handle after i broke the last one and fitted LED bulbs which dont cause the warning lights (something I should have checked before supergluing the last bulb cover shut).

I have also fitted the symmetrical fog light cover so that it matches at the back which im super happy about.

So now i have to buy a red bulb so the bastard thing functions as it should...

Update over. Now to wash the car 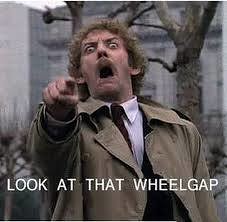 This is an older thread, you may not receive a response, and could be reviving an old thread. Please consider creating a new thread.