Joined Apr 24, 2019
·
406 Posts
Not an uncommon issue when an OBD reader will not communicate with the cars engine ECU. The most common answer is the car is not compatible, yet issues occurs with cars of differing ages in the gen1 Minis suggesting comparability is not the case.

In this cars case a Creator C310 (link below) would communicate with other modules such as the ABS and BCM. 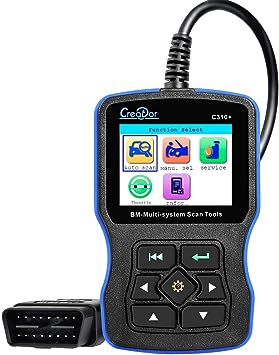 This suggests a physical issue between the OBD port and the ECU.

One wire (purple and white) carries the bus communications and did not have continuity from OBD port to ECU nor to earth, suggesting the wire was broken rather than shorting on the bodywork.

Theres a round multiplug in the engine bay that carries this wire, so separating the plug allows you to test continuity between different points to isolate the break. In this case it was from the plug to the ECU (all in the engine bay) as there was no continuity there, but there was from the other side of the multiplug to the OBD port inside the car.

In this case the wire was broken by the ECU plug (smaller rear one).

When joined there was no continuity suggesting more than 1 issue.

The solution was to bypass this wire by adding a new one like this.


This was our fix to check what we did worked and continuity was achieved from the obd port inside the car to the ECU plug for the first time. Connecting the OBD reader confirmed all was working and readings were observed on the live data feed from the ECU as well as the other modules that worked before.

We then simply tidied the new wiring so I could not be seen and insulated all joins.

Now yes you could unpick the loom, it tracks though the “octopus“ joiner by the gearbox, to find the other break, but it would not gain you much and take much longer (if you are paying someone) and this is a 19 year old car.

I hope this helps others, but before you copy this make sure your symptoms are the same and you have tested as we did as you don’t want to wire things incorrectly to an ECU.

The purple and white k-bus line passes through a cylindrical plug in the engine bay behind the passenger (UK) headlight near the radiator fan plug and air con fill valves. Unplug this (by twisting) to establish on which side continuity is lost.
1 - 2 of 2 Posts
Join the discussion
Continue with Facebook
Continue with Google
or sign up with email
About this Discussion
1 Reply
2 Participants
Last post:
NigelStap 11 d ago
MiniTorque.com
We’re a forum community dedicated to the MINI Cooper, Cooper S and Clubman. Come join the discussion on performance modifications, accessories, MINI news, maintenance and more!
Full Forum Listing
Explore Our Forums
The Projects MINI Parts For Sale MINI Chat The Projects Engine & Drivetrain
Recommended Communities