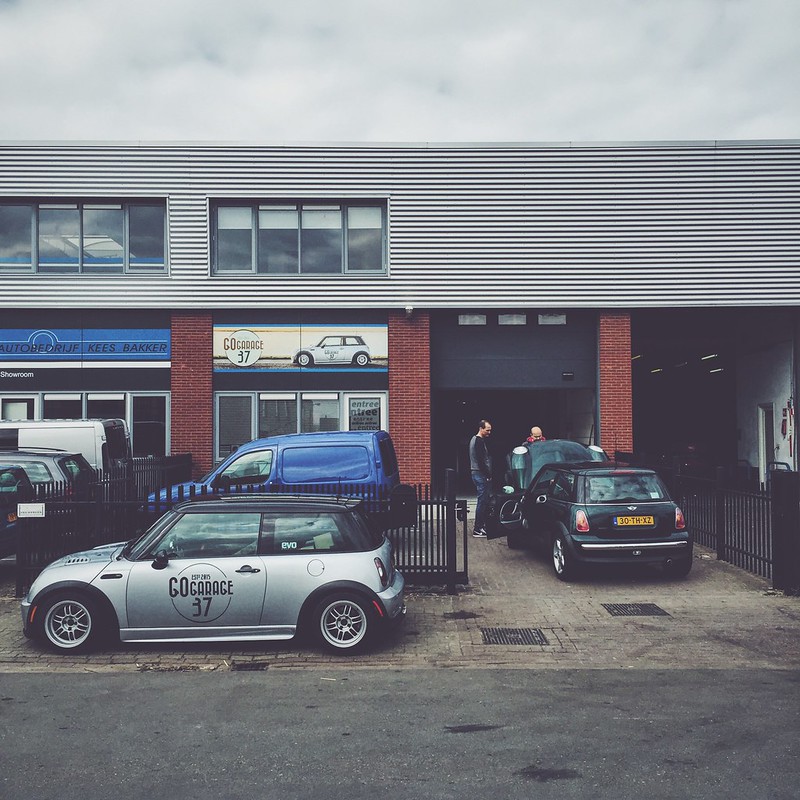 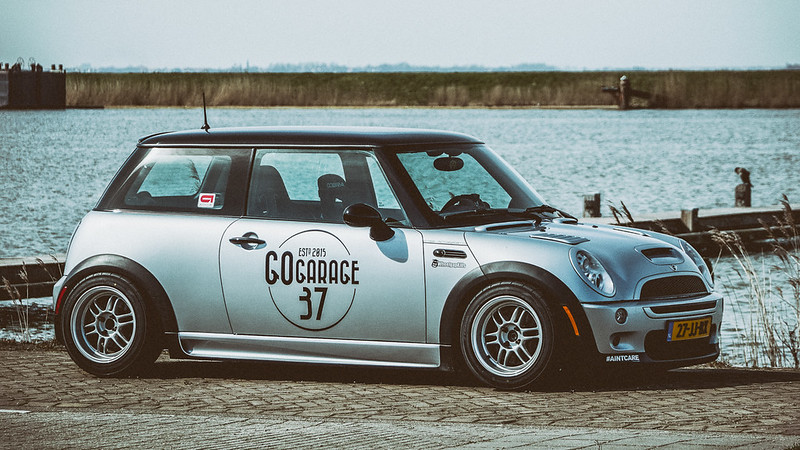 What's being done this time round?

Joined Apr 24, 2014
·
47 Posts
I absolutely love this car, I'm slowly gathering parts for mine and seeing this makes me want to spend out on everything I need so I can get it all put together! Keep it up mate!

Joined Nov 14, 2011
·
1,660 Posts
Just take it slow and enjoy all steps of the journey. It's taken me almost five years to get it at this point. And I hope to keep modding it for many more years to come!

MartijnGizmo said:
Just take it slow and enjoy all steps of the journey. It's taken me almost five years to get it at this point. And I hope to keep modding it for many more years to come!
Click to expand...

Agree totally, the journey is part of the fun, I'm 13years into my journey and still nowhere near finished!! 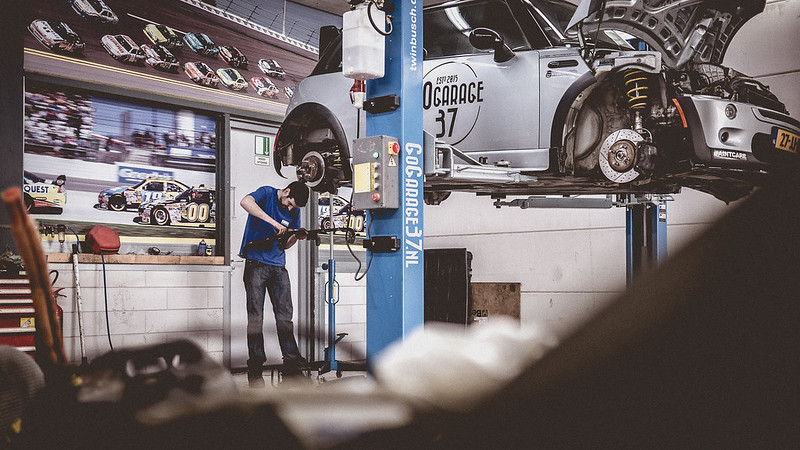 
Sent from my iPad using Tapatalk

Joined Nov 14, 2011
·
1,660 Posts
Last couple of jobs are being done now, including fitting a new windscreen this weekend. I swung by to fit my new steering wheel, a Momo MOD.07, because I wanted something a little bigger and with some dish to replace the OMP Targa. If it's good enough for the 996 / 997 Cup cars, it should be good enough for this MINI too. 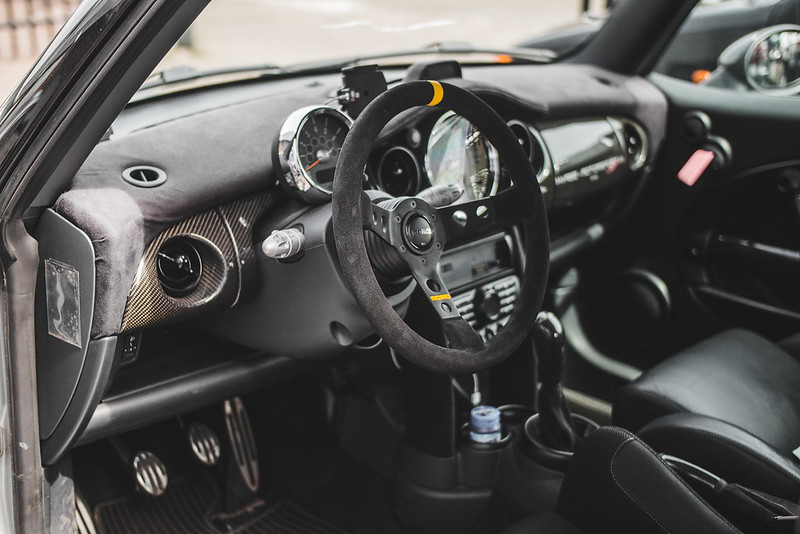 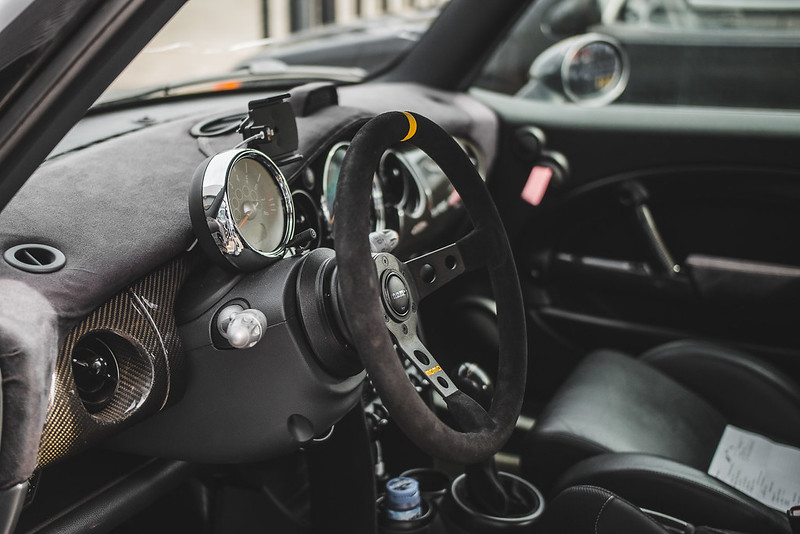 'As we speak' the last couple of things are being sorted at GoGarage37, so a big update should be coming soon! :thumbup1:

Joined Nov 14, 2011
·
1,660 Posts
The MINI need some maintenance and an MOT, so I dropped it of with Roel from GoGarage37 a while ago. He replaced and repaired lots of things, oil, spark plugs, etc, but also stuff like the clutch cilinder bracket on the gearbox and the cover plates on the door pulls, just to name some stuff. :thumbup1:

Also had him install more mods, because the exterior could do with a little more racekor. In a nutshell:
- splitter
- fender spacers
- GP2 diffuser
- Orranje G-Wing
- vortex generators

And so last thursday night it was waiting for me like this: 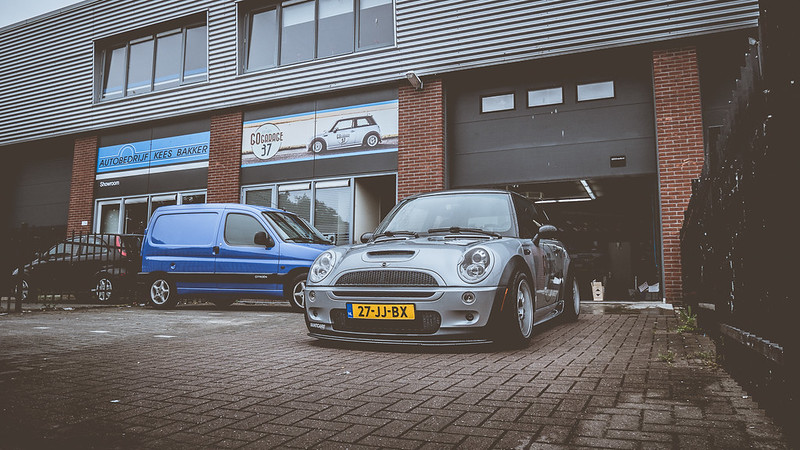 Do the aero mods make any difference? Probably not, but it does look faster, as confirmed by a undercover cop in a Polo while shooting these pics. :lol: 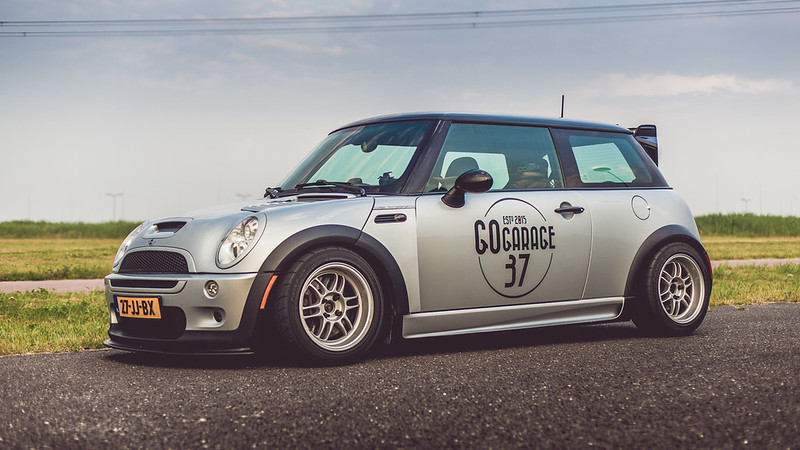 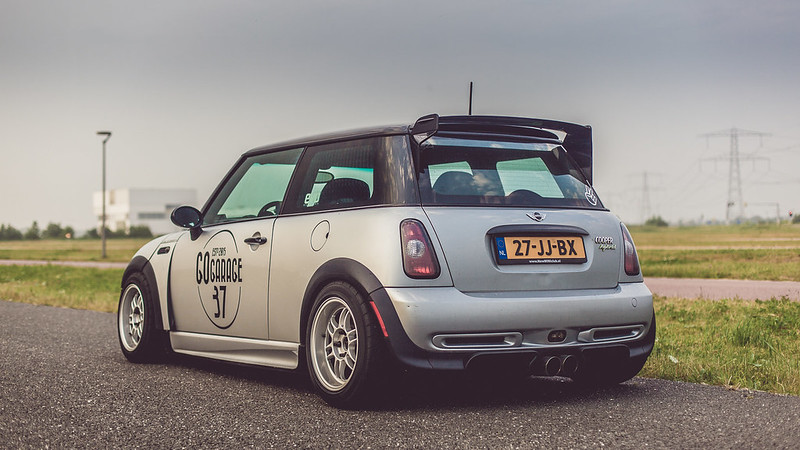 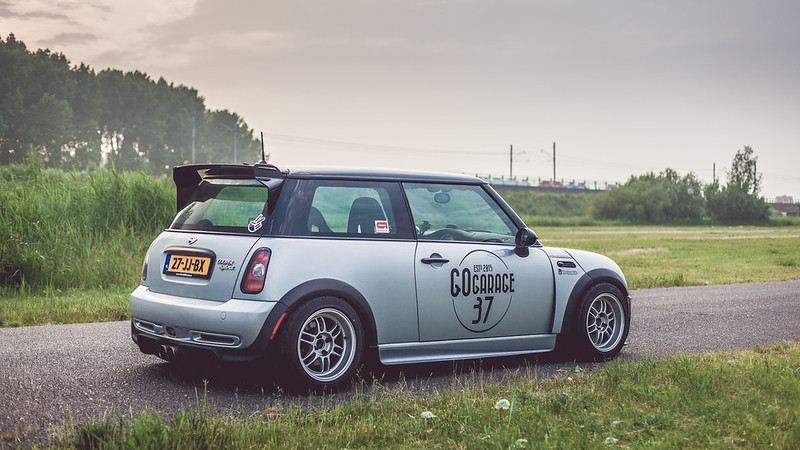 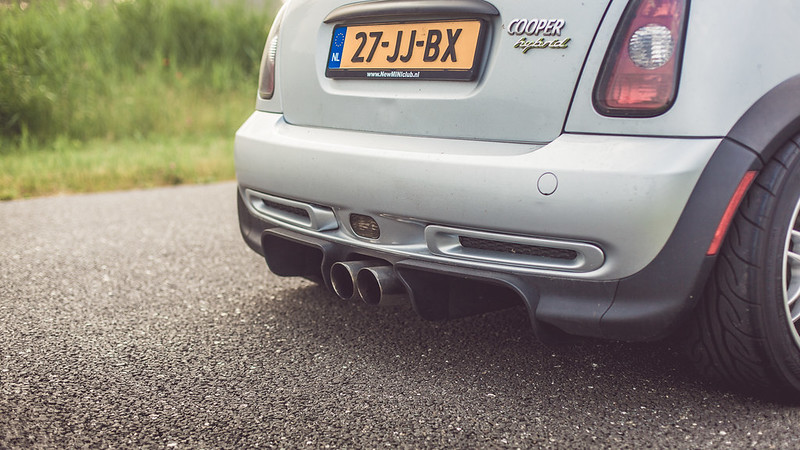 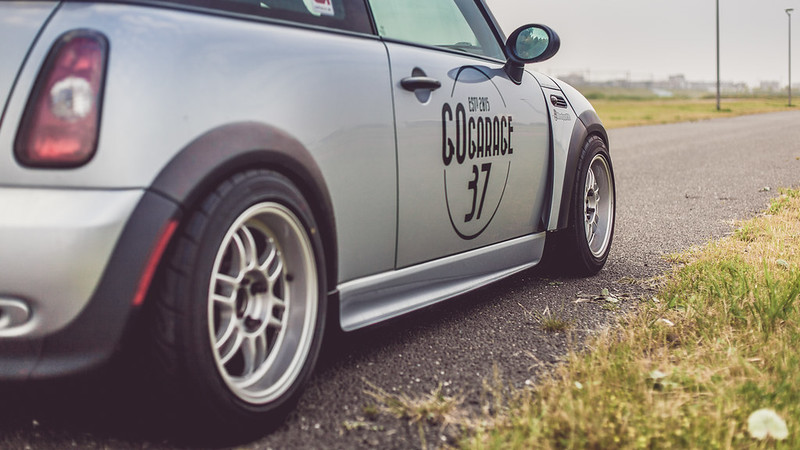 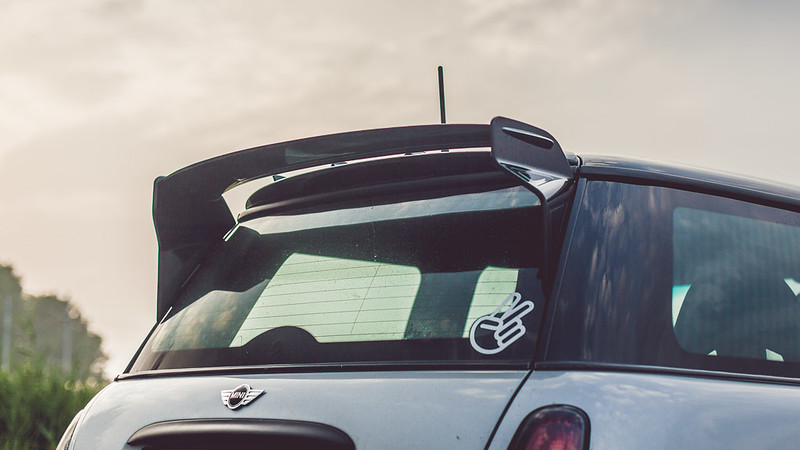 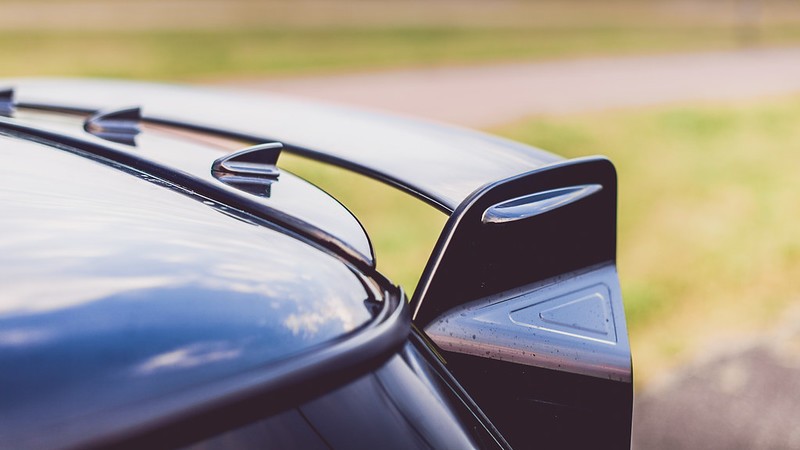 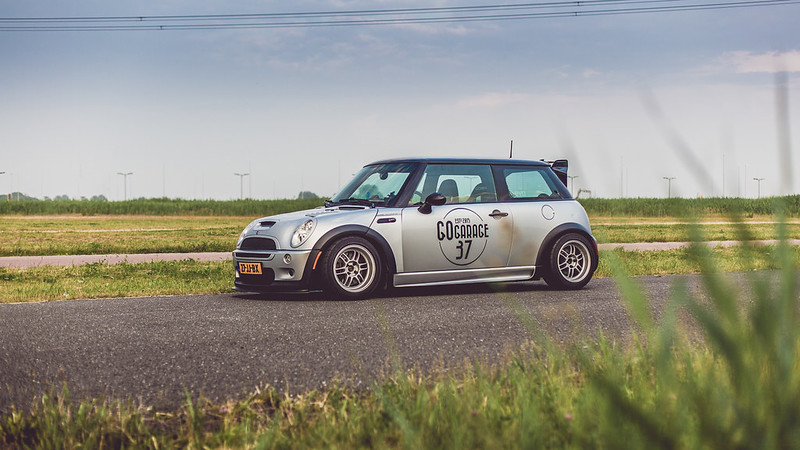 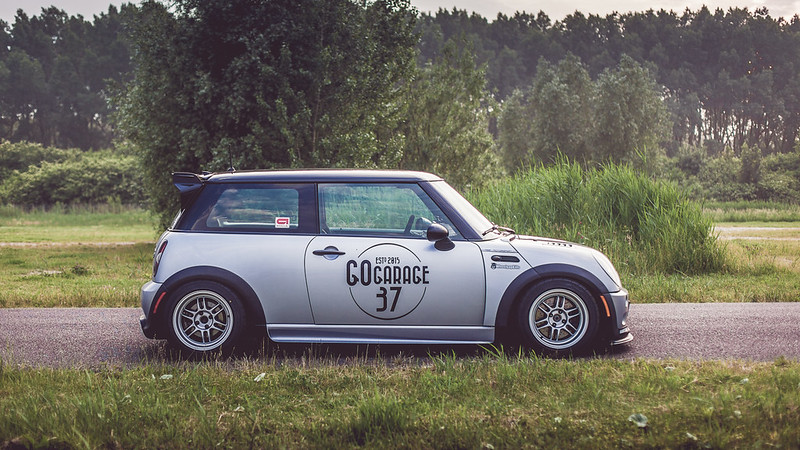 Not a lot of changes in the interior, new steering wheels, red mats and the luggage net was fixed under the rear seat delete: 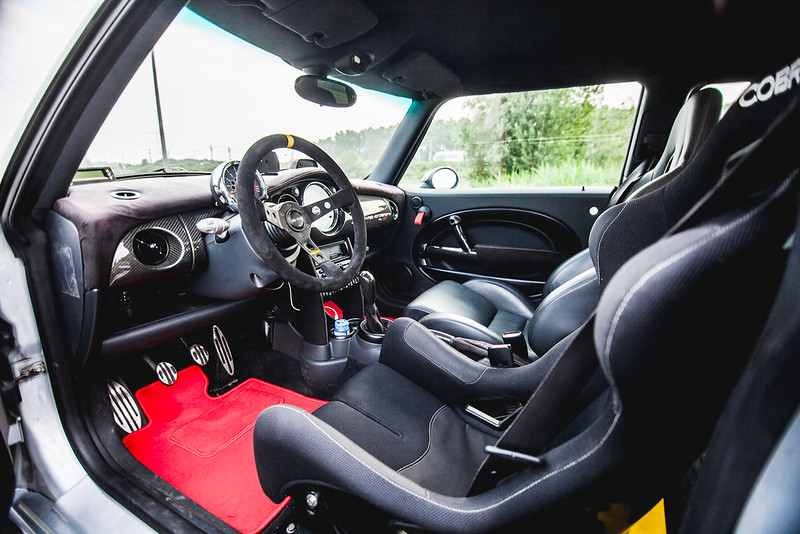 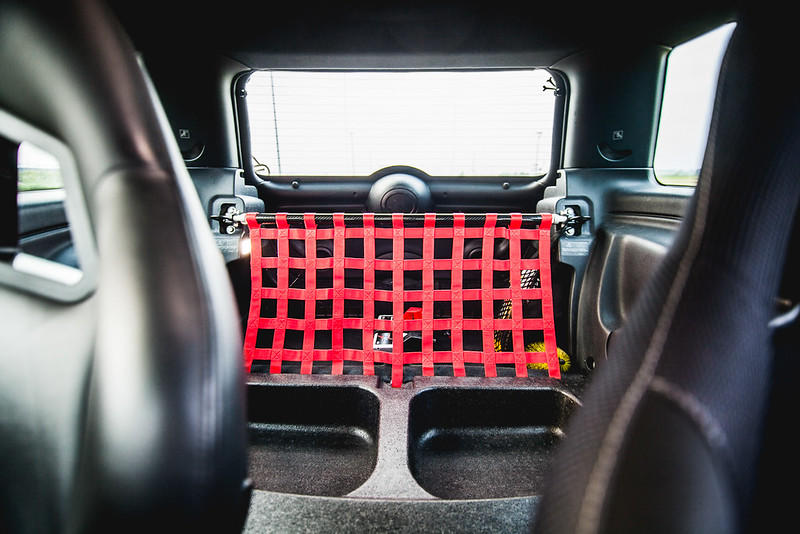 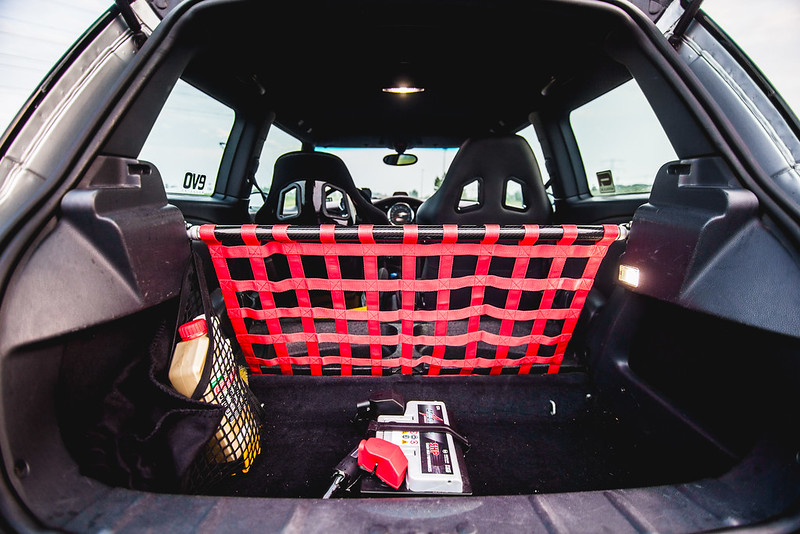 Ever since installing the Newman PH2 camshaft and JCW-injectors, the revs kept hanging in between gearshifts. It only happened with the wheels moving, so clearly a software issues. Had the car mapped by Beek, that improved things, but still far from perfect. VGS-mod also helped some, but only when coming of boost.

So I sourced a facelift-ECU with JCW210-software, and that has solved the issue! Couldn’t be happier with this… The facelift ECU clearly is a lot fast in all regards, car feels livelier and there are lots more pops and bangs a bonus! 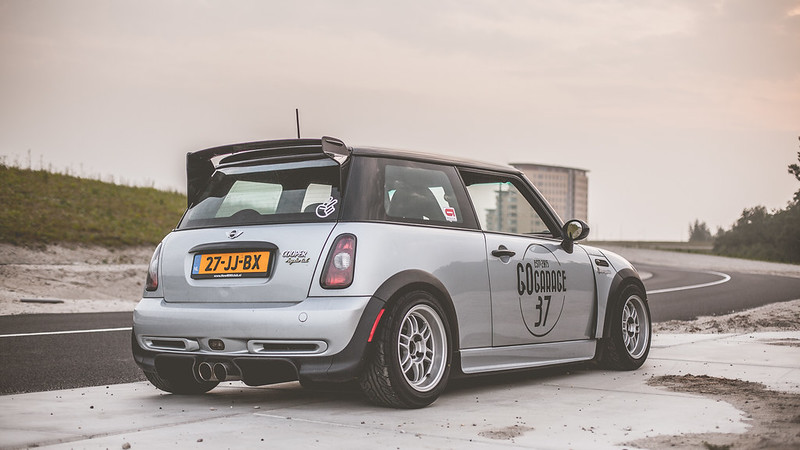 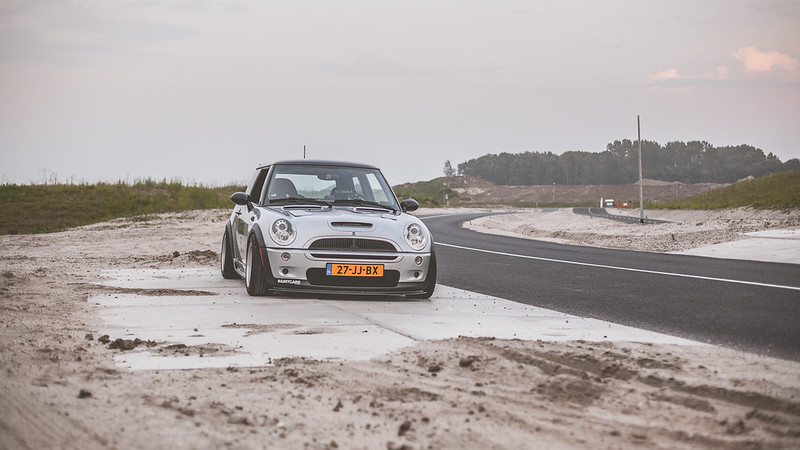 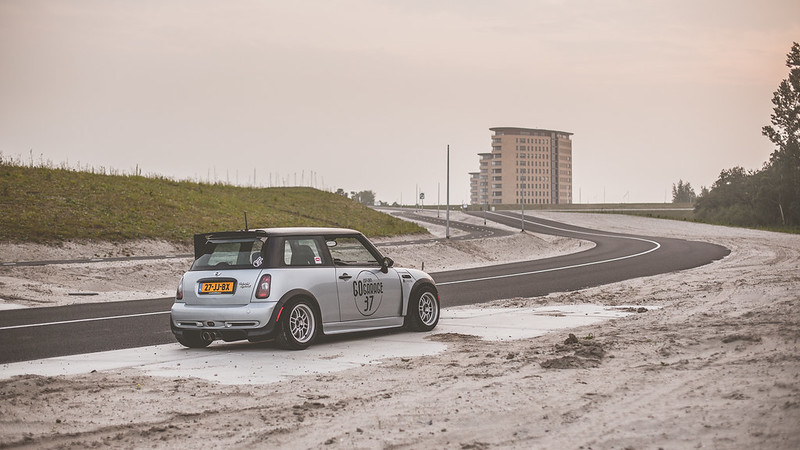 Is that the TRC splitter?

Also have you trimmed your rear metal arches?

Joined Sep 1, 2014
·
717 Posts
I like just about everything you have done so far, but those spaced fenders look broken.

In South Africa we would call it 'kak' aka shit.

Sent from my SM-N920C using Tapatalk

Is that the TRC splitter?

Also have you trimmed your rear metal arches?
Click to expand...

Thnx! Yes on the TRC part, almost destroyed it on a devilishly high speedbump on the shakedown run last week, but it's mostly been repaired since. :lol: Fenders were folded out on the lip, but not trimmed.