I've used these spray on products to protect my white wheels from XP8 dust: 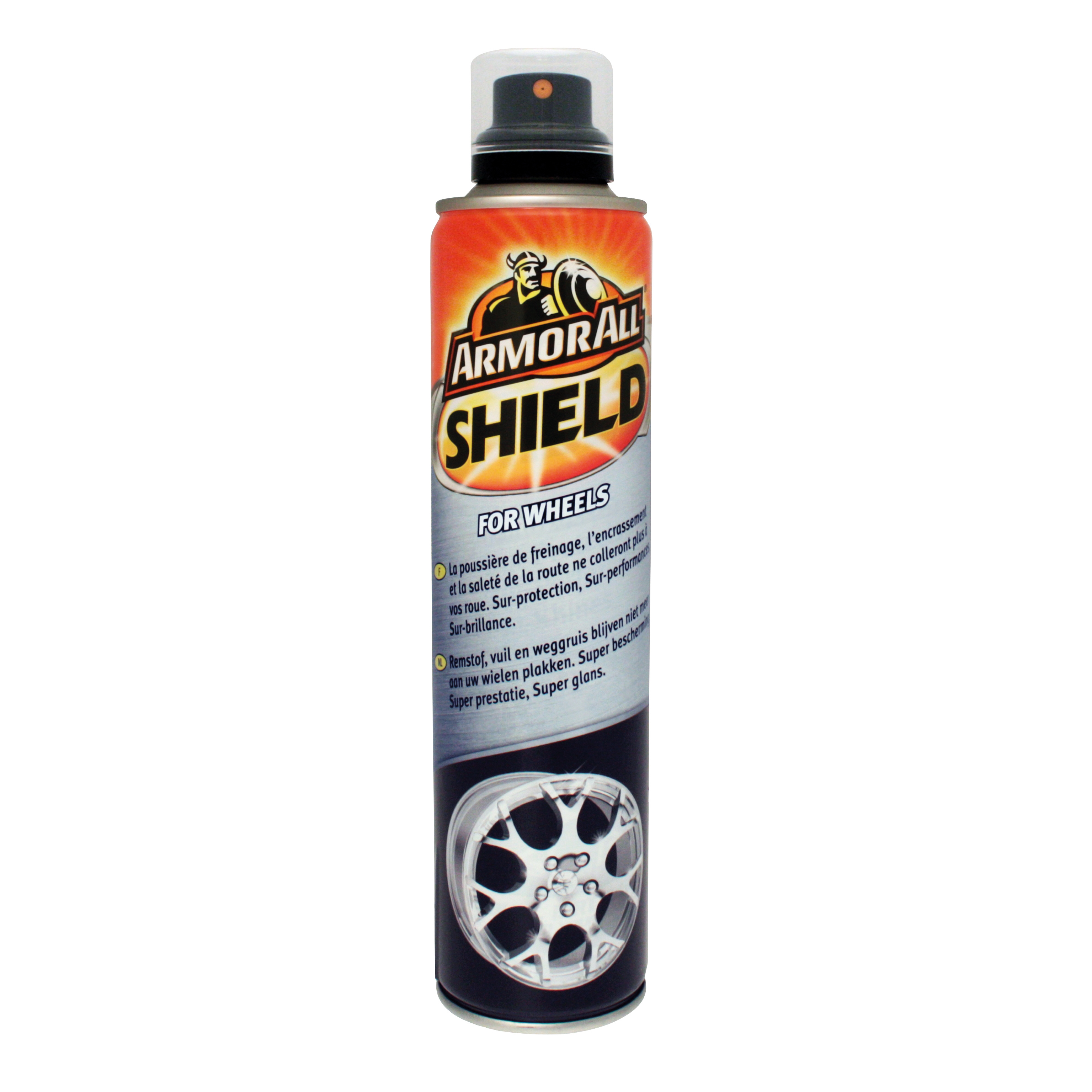 A super-hydrophobic, durable barrier which minimises brake dust adhesion so your wheels remain cleaner for longer. Welcome to the future of wheel care! Unsuitable for use on wheels that are Black, dark in colour or have a mirrored finish.

Very easy to use. There are probably other similar products too that work the same.

Joined Oct 8, 2012
·
2,091 Posts
In my experience those hold up for 2-4 weeks, depending on weather, track time and amount of car washes... so at least once a month I use some Bilt Hamber Auto-Wheel while washing the car, and then re-apply the protective stuff.

One thing though... they need to be applied on a dry surface, and then need to be left to dry for an hour (IIRC). So ideally you'd need to have the car indoors while it dries, as what ever dirt lands on there will stick while it's wet.

Joined Jul 31, 2017
·
504 Posts
Mini came back home on Friday evening. Did not need to push it as it started after connecting the battery. On Saturday cleaned the K&N (as every spring), replaced the cabin filter and installed a hobo ebay special coolant tank with a different cap that should hold the pressure, we will see how it works out.
Today finally put the "new" wheel on and I have to say that in my opinion it looks great, way better than with the bronze wheels. On the front had to use some 5mm spacers to clear the strut with the 215/45.

And the most important mod came from @Astroboy 😎

Sent from my SM-G986B using Tapatalk

Joined Jul 31, 2017
·
504 Posts
The stickers look great. From far looks like a fake checkmate but when you get closer you see that it’s an original shitbox edition 😁

Joined Jul 31, 2017
·
504 Posts
I do need a set of center caps for the wheels and get rid of the chrome around the headlights, then it'll be pretty much ready on the outside.

Joined Jul 31, 2017
·
504 Posts
Managed to source locally some original OZ caps. The place that sells loads of OZ wheels around here did not have them in stock.


Since yesterday the R53 is oficially a 2 seater so will be taking the belts out. Also have some time booked for tomorrow on a lift to do some maintenance and other minor stuff. Will try to post couple of pics and a list of things done.

Joined Jul 31, 2017
·
504 Posts
Yesterday had few hours booked on the lift and a long list of things to do but not everything was done. I'm less and less motivated to do things on this thing. @DTR was there to give me a hand and also @tcbw made an appearance
Ended up replacing the gearbox oil, SC belt, installed the Carbotech XP8 pads just to notice that I need some new slider pins, installed some Powerflex exhaust mounts and put the decat on. Now it sounds like shit so will have to get the tomcat redone asap.

And to thank for all the work done, in the evening the shitbox greeted me with a "positive terminal isolation 1" code which triggered the airbag light. Have to love this thing. And also the daily broke down yesterday...

Joined Jul 31, 2017
·
504 Posts
Tired of the fart can rattle, drone and bloody smell from the decat, going to get the current tomcat redone with 2,5 pipe and new flanges this Thursday. Cant stand driving the shitbox, prefer to take the train to work as it is now.

Joined Jul 31, 2017
·
504 Posts
Let's see how it goes. Still plenty of stuff to do and to install. Hopefully wil get some of them done before Alastaro at the end of month.

Joined Jul 31, 2017
·
504 Posts
Well, I didn't do anything before going to the track last month, just cleaned the windshield so I'd be able to see something on the track. That day went well, nothing broke and had a good time.

After that decided to replace the caliper pins on the front but the ones I ordered were not the correct ones so ended up cleaning the old ones and just replacing the boot and bolts. During the same day decided to botch the Mini a little bit more by cutting the strut towers to be able to adjust the front camber. Trusty old dremel in hand and after some finishing touches with a file (thanks @tcbw ) and this is the results.

Needs some touch up paint so won't disintegrate itself after a month.

Properly ruined but it's a shitbox after all. Should get the alignment done and make it more enjoyable on the track.

Also mounted a 2kg extinguisher in front of the passenger seat, just in case it wants to kill itself. Here's a crappy pic

The ideal fire extinguisher to always keep close. Incredibly small and light, Works on all major classes of fire leaving no damaging mess afterwards. Lasts over 10 years with no servicing needed.
birchperformance.co.uk

Joined Jul 31, 2017
·
504 Posts
Have not seen those yet, I think you cant find them in Finland. Probably would be a lighter and cheaper option than the extinguisher but now it screams wannabe racecar when you open the door.

In the previous post I forgot to mention that I had the stock cat re-done. In the narrowest point it was less than 50mm wide (2"), now it's 2,5" to fit the rest of the exhaust. And does not make my ears bleed when driving.

Joined Mar 31, 2009
·
3,732 Posts
I wonder if the ships chandlers (people who sell stuff for boats) sell those fire sticks. The only people I know who love stuff to buy more than MINI owners are boat owners...

tcbw said:
I wonder if the ships chandlers (people who sell stuff for boats) sell those fire sticks. The only people I know who love stuff to buy more than MINI owners are boat owners...
Click to expand... 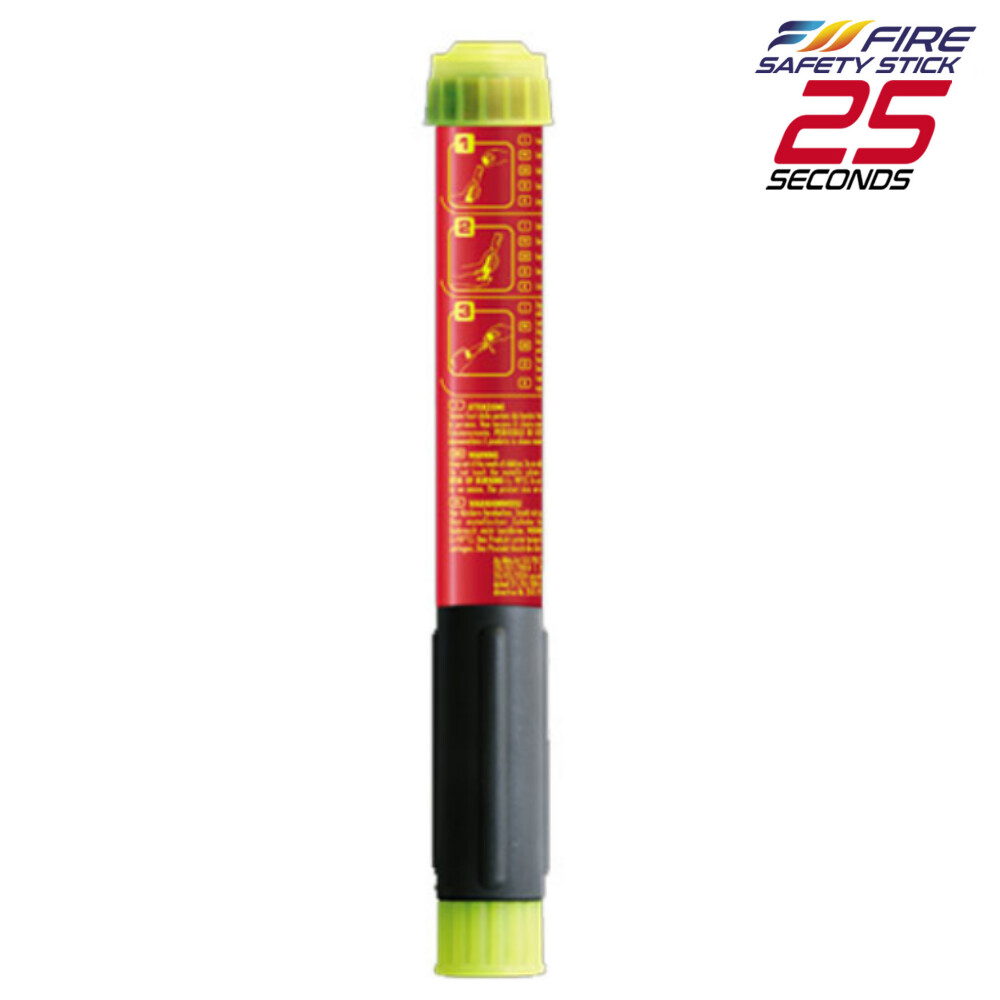 Amazing fire extinguisher that leaves no mess or residue. Compact and safe to store, this 25 second version is ideal for small cars, the kitchen, the garage, tool boxes, small caravans & campers Leaves NO RESIDUE & NO MESS – e.g. no additional dama