Towbar fitted and crash beam back in place 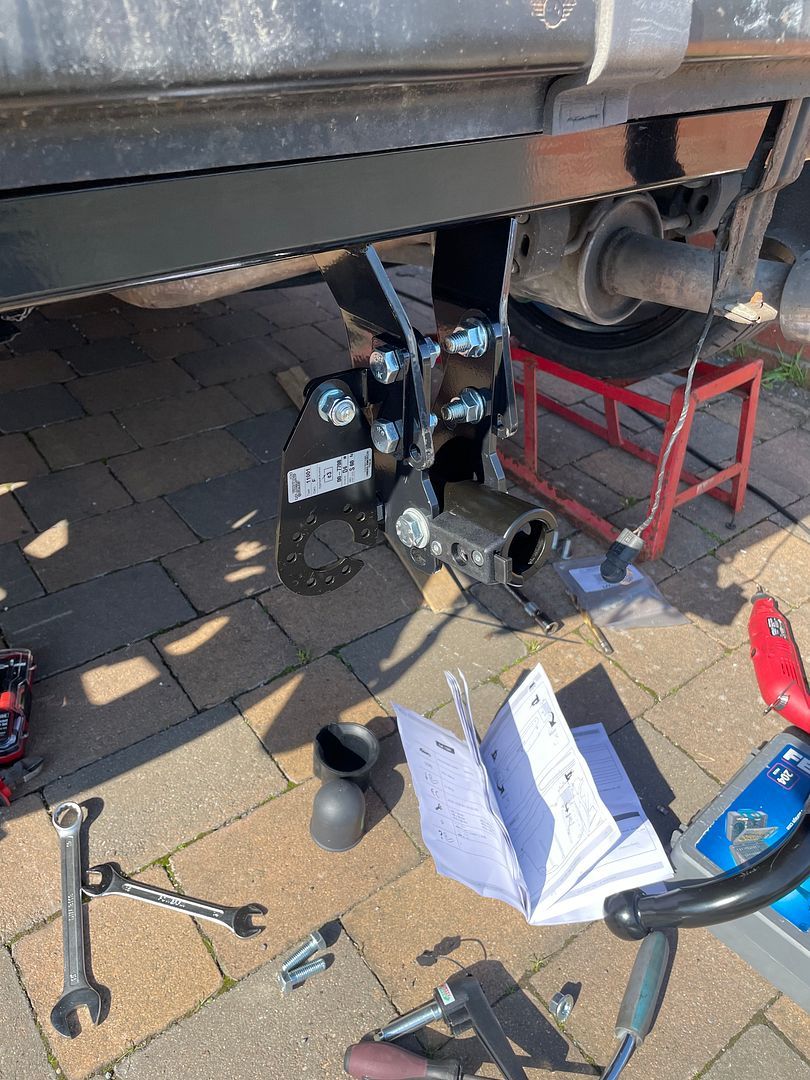 And with the towball fitted

I can now tow my little trailer to the local tip but the real reason I got it is I can now fit the towball mounted bike carrier I have instead of the saris if I want, the only thing left to do is the electrics but i might get someone to do that for me, although it’s not too complicated really if I do it myself


So I’ve put copious amounts of gorilla epoxy on it and am letting it set for a few hours, hopefully it will stay put!


while I was messing about I found the old piece of perforated vinyl I used on the fog light and put it over the other headlight lens, to be honest the sticky isn’t very good in places and there are a few tears but I wanted to see how it looked so it’s just temporary, I think it looks quite good personally, I’ll get the other light done too once the epoxy sets and if it doesn’t effect the light at night I’ll get a decent piece of vinyl and do it properly

Looks ok from a distance!

Joined Apr 23, 2019
·
926 Posts
Hmmm. that Fly Eye coating film ruins the surface of headlights, as many have found out after removing it.

With the newer and more strict MOT guidance regarding headlight output, it may not pass with that on.

Sorry, I'm not a fan of the stuff.

I would leave the headlights as they are. Can you get clear glass for the indicators inside? I have seen R56's with clear front indicators.

NigelStap said:
Hmmm. that Fly Eye coating film ruins the surface of headlights, as many have found out after removing it.

With the newer and more strict MOT guidance regarding headlight output, it may not pass with that on.

Sorry, I'm not a fan of the stuff.

I would leave the headlights as they are. Can you get clear glass for the indicators inside? I have seen R56's with clear front indicators.
Click to expand...

i have seen the clear indicator lenses but it means taking the lights apart, saying that if the gorilla’d bracket doesn’t hold I may need to anyway in which case I can do as I did with the old lights and put that perforated stuff over the indicator lenses

i did wonder about the mot but I’d just take it off for it and refit new stuff afterwards, not due til December anyway, got the other side done now too

2006 cooper S 221bhp
Joined Jul 28, 2019
·
1,117 Posts
Got a Thule bike rack for the Towbar this afternoon, also got the wiring kit but will need to find the time to wire it up, annoyingly I’ve just arrived at work in walsall to find my job is cancelled until 00:15 tonight (7 hours away) so I could have spent the time I’m sat at the depot waiting to start to wire it if I’d have known!

2006 cooper S 221bhp
Joined Jul 28, 2019
·
1,117 Posts
Drove back in the dark last night and from Birmingham, the glued light has held up ok so far and it’s much better now, I did however do part of the journey with the perforated vinyl on then stopped and ripped one of them off and the light was further improved, a lot more than I thought it would so I’ve removed the other side now too and will just run it with standard looking lights

also noticed that when I drive over a bump or the occasional pothole the rear passenger side wheel makes a grinding noise for a bit then after a few corners etc it will stop, I jacked the car up this morning and I think the wheel bearing is on the way out as there is a little bit of play when I rock the wheel, nothing major at the minute but something I need to get changed before it gets worse, might try and do it myself sometime in the week

noticed the disc didn’t have it’s securing bolt in when I got the wheel off, had to put it back without but I’ll get one from euro later and put it on asap

i was going to put the stud conversion on but I recon they are too long as I got them for wheels with spacers as per the front and I’m not putting spacers in the rear, experimenting with them loose I recon the wheels were far too far out and would have caught the arches at times

This was it without the spacers 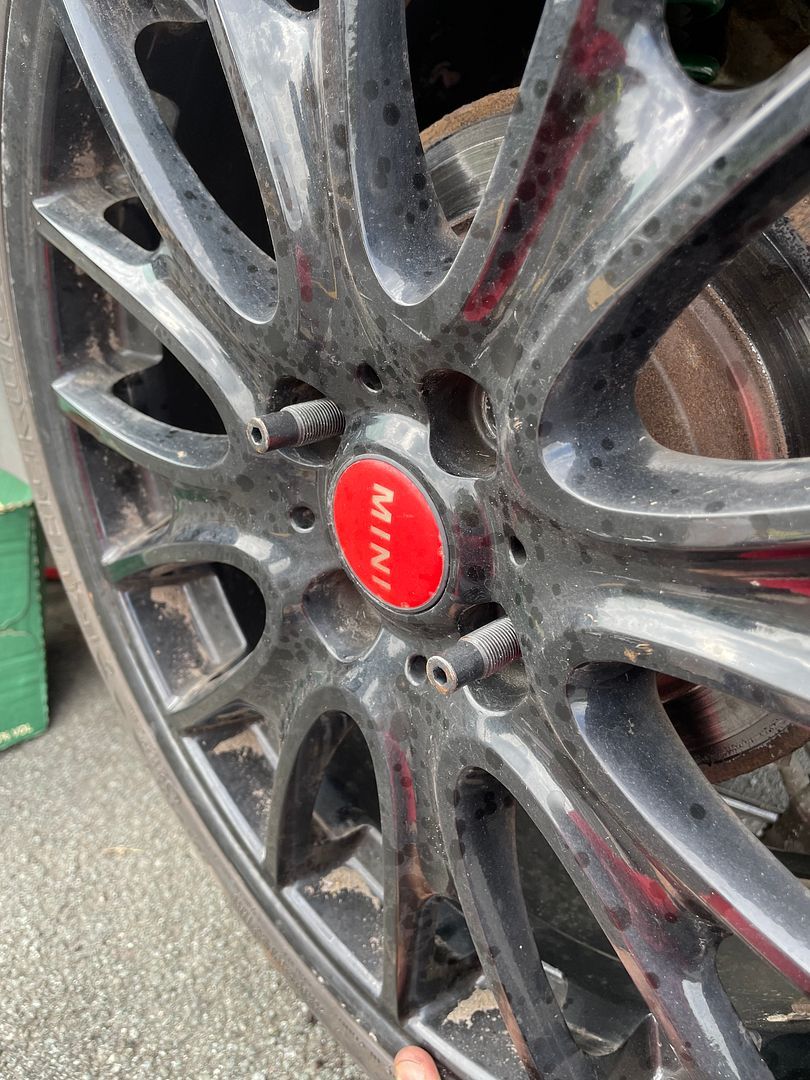 Didn’t take any more pics as I needed to get it done and out on the school run but it’s definitely cured the grinding on the rear, just need to get that ABS light off now!
201 - 211 of 211 Posts
Join the discussion
Continue with Facebook
Continue with Google
or sign up with email
About this Discussion
210 Replies
16 Participants
Last post:
big jim 3 d ago
MiniTorque.com
We’re a forum community dedicated to the MINI Cooper, Cooper S and Clubman. Come join the discussion on performance modifications, accessories, MINI news, maintenance and more!
Full Forum Listing
Explore Our Forums
The Projects MINI Parts For Sale MINI Chat The Projects Engine & Drivetrain
Recommended Communities