Joined 11 mo ago
·
31 Posts
So I may as well start a thread on my R53
I bought it of my Friend with a suspected Supercharger Failure a few months back
2003 model in Dark Silver with a few things done
17% Kavs reduction pulley
Kavs upgraded alloy deflection pulley
Some poly bushing done,arms engine mounts
Induction kit
Standard exhaust with one ball mod fitted )previously had a bigger one but changed back to quieter
Plans for the car are get it back working and use it as a daily driver for the next few months
and add a few of the usual mods R56 breaks etc.
sort all the small oil leaks too.
This is my first R53 having had a Mini One with a remap last year and before that having 7 or 8 classic minis
I always like to have a Mini about and think I will keep this one now and just get it sorted and how I like it.

Anyway my Mate/Mechanic started to go at it today to find the fault
Having removed the supercharger all looks good
The water pump isn't exactly free to move as in doesn't spin much
The supercharger had oil in both sides and the teeth on the cogs also look fine
the cones also look good too
The tensioner was bad also and we now have hit a nightmare with that
whoever was at the car before the 2 bolts for the tensioner are broken off so now we need to figure that out
we where going to the take the timing chain cover of to get at the bolts at the back but don't think you can get access on it
so currently getting the engine up as high as possible to see if we can drill them out but don't think this will work either
what started a relatively simple job this morning has turned in to a nightmare ?
Bar the pictures i was sent he has told me all this on the phone so i hope I have explained it correctly
I have a low mileage supercharger here to go on,new water pump,new pulley,new tensioner super charger oil etc. so hopefully these tensioner bolts can be sorted.
I will update further as things progress


Oil that came out of old supercharger

Joined 11 mo ago
·
31 Posts
Yep,spot on, thats where we are literally just now
I just ordered a cover/oil pump ebay
and a crank shaft pulley tool
so have to wait until they arrive
tried everything even easy outs and it just broke in the hole so seems like the bolts where seized

Joined 11 mo ago
·
31 Posts
Hopefully I have ordered correctly

2006 R53
Joined Oct 20, 2012
·
10,288 Posts
I have the exact same pulley tool. Top tip....when I comes to befitting the crank pulley you will find that the original bolt is too short to pull it back on. Use one of the engine mount bolts to pull it on enough then replace it with the original one to finish up.

Astroboy said:
I have the exact same pulley tool. Top tip....when I comes to befitting the crank pulley you will find that the original bolt is too short to pull it back on. Use one of the engine mount bolts to pull it on enough then replace it with the original one to finish up.

Thanks for the tip

Sent from my iPhone using Tapatalk

CarsOrBikes said:
observe the 'flats' of the pump where the damper fits through, are in line ;O)

I can't say I'd be putting a used oil pump on my car, at least not without cleaning the pressure relief and inspecting and quite probably changing the gears
Click to expand...

Yeah I was wondering about the pump
Thanks for letting me know
It cannot be removed from the cover I guess ?

Joined 11 mo ago
·
31 Posts
Cheers Thanks ,much appreciated

Joined 11 mo ago
·
31 Posts
Everything is back together and there was still a noise in it
The Alternator appears to be seized (wont turn freely bye hand )
@CarsOrBikes was correct when he said the noise sounds like it could be more than one item anyway,bang on the money there

Hi all Just bought myself a R53 project Possible supercgahrger failure The car belonged to a Friend and I bought it of him as I always wanted one,having previously had a Mini One and a load of classic Minis over the years,i just couldn't pass this one up. The plan is to fix it and then do a...

On route to get a alternator now
Hopefully will sort it
tensioner bolts snapped off (tensioner shock absorber seized) ,bad crank pulley , bad alternator
If that is it I wonder which one was the cause
Would I be right in thinking that whoever fitted the KAVS 17% crank pulley should have made sure that all the other ancillaries where in good order before doing so
is it advisable to change most of that side if adding a pulley to a 90,000 mile car I wonder
Anyway will update later
fingers crossed

should be using it as a daily driver from next week 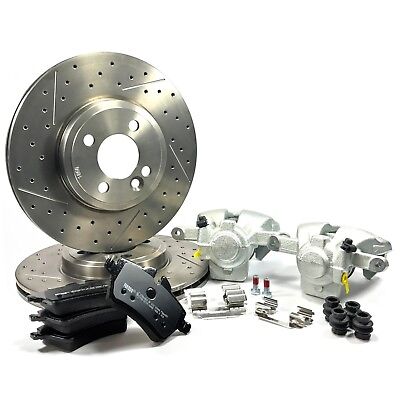 Does anyone know will that work for a conversion and if so is it just brake lines i need to get after that.
Thanks

Joined 11 mo ago
·
31 Posts
im trying to order Ferodo DS2500
anybody know which pad
for the r56 cooper s caliper that takes the 294mm disc
is it Ferodo part number FCP1561H ?
Just dont want to order the wrong ones 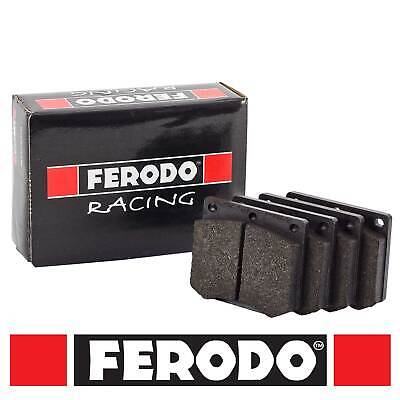 This new generation of friction material is very low in compressibility ensuring a firm pedal, whilst still providing low wear rates for discs and pads. Competition brake pads from Ferodo have been setting the standard since their launch back in 1998.
www.ebay.co.uk
1 - 20 of 25 Posts
Join the discussion
Continue with Facebook
Continue with Google
or sign up with email
Recommended Reading
Read More
Read More
About this Discussion
24 Replies
6 Participants
Last post:
mivecrx 6 mo ago
MiniTorque.com
We’re a forum community dedicated to the MINI Cooper, Cooper S and Clubman. Come join the discussion on performance modifications, accessories, MINI news, maintenance and more!
Full Forum Listing
Explore Our Forums
The Projects MINI Parts For Sale MINI Chat The Projects Engine & Drivetrain
Popular Communities